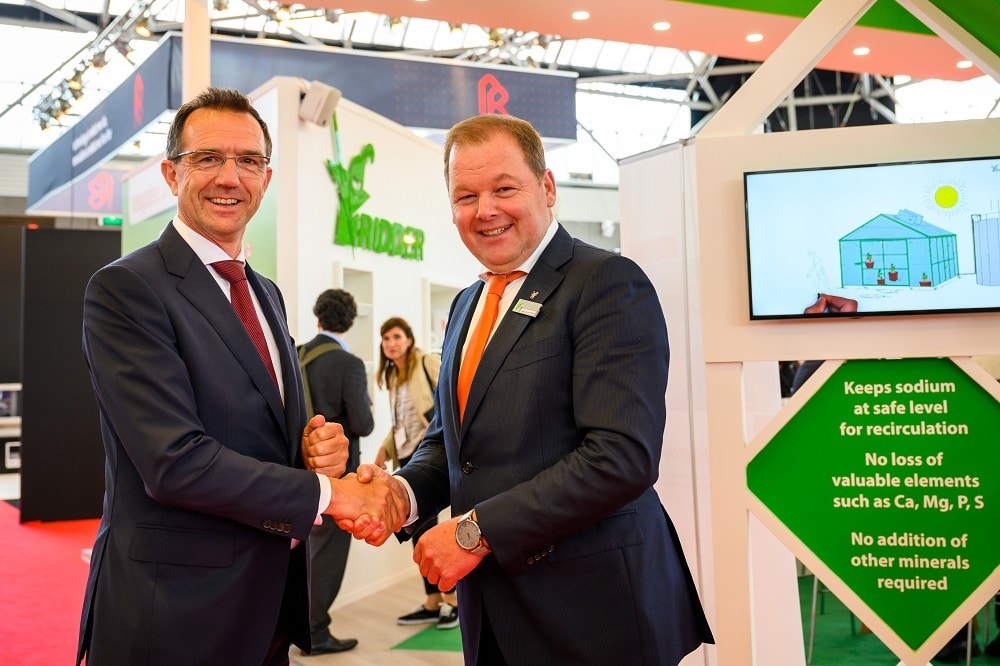 As result of the ongoing developments in the Chinese market, Ridder Group has joined the the Dutch Greenhouse Delta consortium. Ridder is an internationally operating family business that has been active in China for several years with agro-food expertise and technical applications. By joining the Dutch Greenhouse Delta, Ridder supports the consortium’s plans to realize a High-Tech Agriculture Park in China.

Aligned industry
“China has been one of our most important growth markets for several years now,” says Klaas van de Poppe, CEO of Ridder Group. “The growth is partly due to the increased number of large-scale horticultural projects, often initiated by investments from outside the agricultural and horticultural sector. As a result of this development, it is good to be well-organized and aligned as technology suppliers. This is why we decided to join the Dutch Greenhouse Delta. ”

Chinese investments
“China is not an unknown market to us; we have our own sales and service office in Shanghai for a number of years now. Through our partnership with Dutch Greenhouse Delta, we will be better able to respond jointly to the needs of Chinese investors. The Dutch Greenhouse Delta-consortium has initiated and launched various projects in a short time. This makes the partnership a win-win, ” Van de Poppe adds.

Technology and knowhow
Dutch Greenhouse Delta was established in September 2017 to jointly market the technology and knowhow of the Dutch greenhouse horticulture sector. The consortium has a focus on realizing successful large-scale projects and addressing complex issues about food and floriculture in mega cities. At the moment 18 Dutch greenhouse horticulture companies and the branch organizations AVAG and LTO Glaskracht are connected with their members who all make a contribution to realize the activities of the consortium.

On Tuesday October 20, the winners of the GreenTech Innovation Awards will be announced. The...

The application of artificial intelligence can help countries tackle the problem of aging farming labor...

Ridder’s new open HortOS platform has been nominated for the GreenTech Innovation Award!   Ridder’s HortOS is the...