Ridder adds robotics to its portfolio 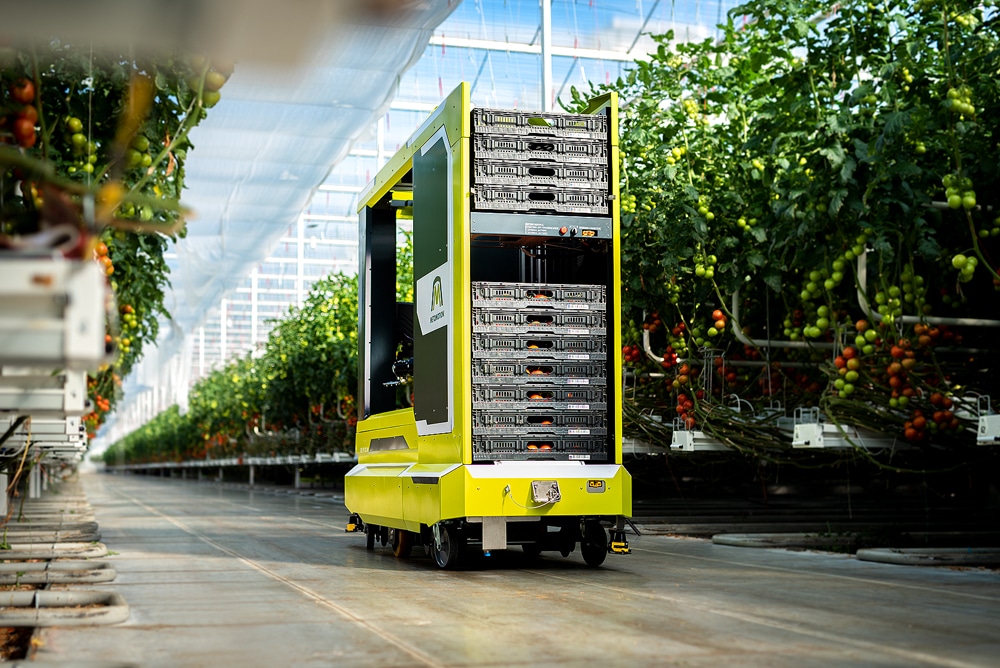 Dutch horticulture technology supplier Ridder has invested in greenhouse robotics and signed a partnership agreement with Israeli agtech start-up MetoMotion. The partnership will make Ridder responsible for the global distribution of the MetoMotion robotic platform and greenhouse robots. For Ridder, this means an important addition to its portfolio of greenhouse technology and a unique opportunity to help growers making greenhouse production more autonomous. With this partnership, MetoMotion connects to the global sales network of Ridder and can utilize Ridder’s local technical support teams for installing and maintaining the GRoW robots.

Paving the way for autonomous growing
Automating greenhouse labour is one of the key components to make greenhouse production more cost efficient and allow for quicker expansion of the indoor farming industry. Human labour has become a limiting factor with the raising hourly cost of greenhouse workers, but even more the limited availability and reliability of staff to do the work in greenhouses. Ridder’s and MetoMotion’s mutual interest to help growers cope with these challenges has resulted in a joint effort to make robotics available for the greenhouse industry.

Commercial solution available in 2022
Ridder has been supporting the development and greenhouse trials of the MetoMotion GRoW since the company provided MetoMotion with a first capital injection in 2019. This year, Ridder further strengthened its commitment with additional investments. In addition, Ridder bolstered their robot venture by teaming up with Navus Ventures, a private investment fund that is affiliated with Lely, a Dutch farming innovator with extensive experience in agrofood robotics. This has helped MetoMotion to further enhance the development of their robotic solution; after extensive trials in the Netherlands, the company will make their tomato harvesting robot solution commercially available in 2022.

World’s first truss tomato harvesting robot
Since its start in 2017, MetoMotion has been helping growers address the horticultural labour shortages. Over the last years, they developed their first robot solution by combining existing vision and robotic technology from other industries and adding deep learning technology and horticultural knowledge. This resulted in an accurate and reliable robotic solution that today can compete in price and performance with human workers. The first application of the MetoMotion GRoW is the harvesting robot for tomatoes on the vine. The robot not only detects and picks the trusses but also takes care of the container handling. Applying the GRoW can reduce harvesting cost by 50% and save manhours in harvesting by 80%. Future applications of GRoW will include performing additional labor intensive tasks, data collection and analytics. 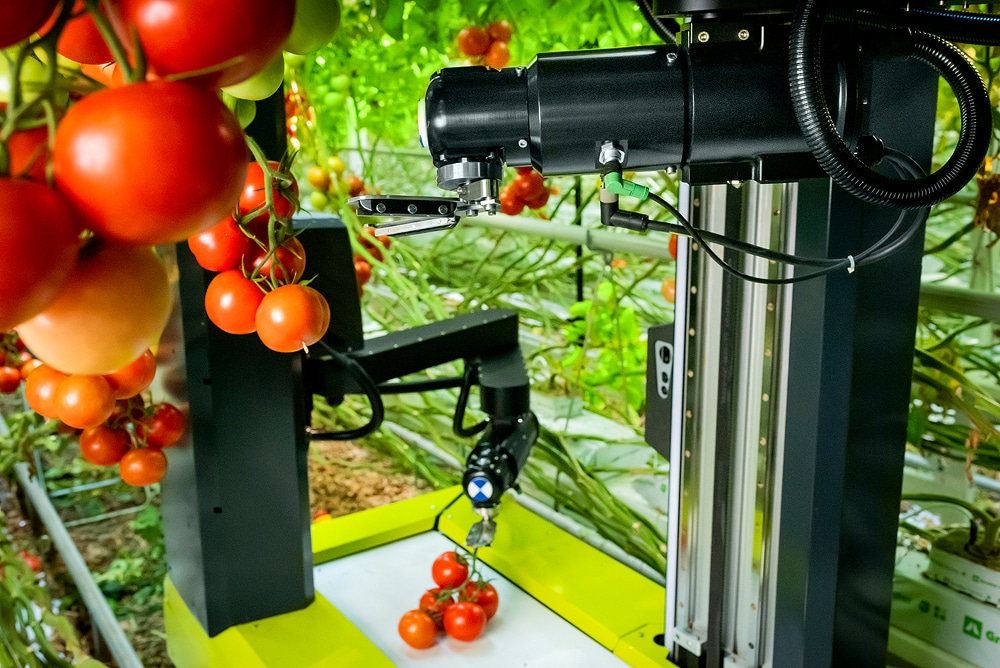 The age of autonomous greenhouses has begun
“MetoMotion GRoW is the first example of how the future is going to look. The greenhouse robots are doing routine tasks while the supervision and support are mostly done by remote access. This is better for our planet, better for greenhouse disease prevention, better for the overall social impact of foreign labour, and of course more profitable for growers,” says Adi Nir, CEO of MetoMotion. “The partnership with Ridder will allow us to make this profound technology available for commercial high-tech greenhouse companies worldwide.”

Joep Van den Bosch, Chief Innovation Officer at Ridder underlines the importance of the partnership with MetoMotion. “Growers have to do more with less. Automating labour is a key component in that. By adding greenhouse robotics to our Ridder product portfolio, we lower the threshold for growers to step into the robotic age and integrate the generated data with all other Ridder systems in the greenhouse environment.”

There’s a lot going on in horticulture in the field of sustainable water management. But...

Can UV treatment be used as a control against ToBRFV?

The Tomato Brown Rugose Fruit Virus (ToBRFV) is keeping greenhouse horticulture under its spell. ToBRFV is a highly contagious virus that can be found on tomatoes, peppers and chili peppers and can cause a lot of economic damage to greenhouse companies.