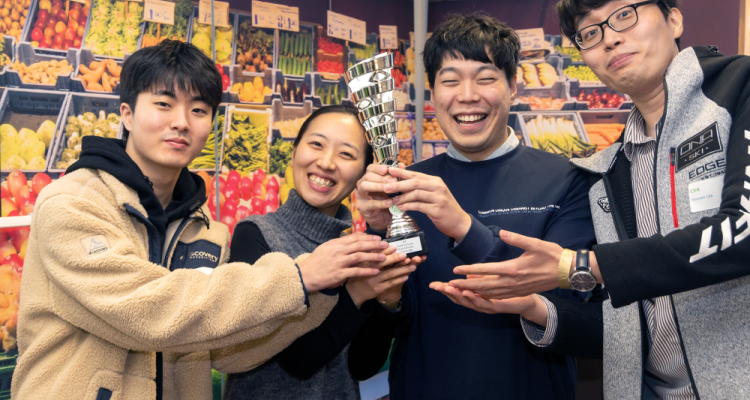 On Friday 5 November, after a 24-hour hackathon, in which 17 international teams took part, the five winning teams for the 3rd Autonomous Greenhouse Challenge were announced in a hybrid event. The third edition of the challenge is organised by Wageningen University & Research and Tencent. Because the results and insights generated by the Autonomous Greenhouse Challenge have a great potential to enable a smarter and sustainable production of food and flowers,  Ridder  is a proud supporter and sponsor of this year’s edition.

The five winning teams are CVA, digital_cucumber, MondayLettuce, VeggieMight and team Koala. These teams will receive a place in the final challenge that will take place from February 2022 onwards. A lettuce crop then has to be grown with artificial intelligence algorithms – fully autonomous without human interaction – in reality.

The hackathon consisted of different parts: an international jury gave points to the teams for their AI approach (40% of the points) as well as the net profit that was achieved in a game to grow lettuce digitally, in a virtual greenhouse (60% of the points).

During the pitch teams presented their scientific and practical approach for fully autonomous control of a greenhouse in terms of climate and crop production. The teams were given access to a climate model and a lettuce crop growth model that were developed by researchers of WUR.

The organizers had ensured that the models had so many possibilities that a “gaming” situation arose. The crop sometimes reacted differently than expected in a practical situation. The teams themselves determined the operational decisions on operating screens, artificial lighting, heating, supplemental CO2 and crop spacing decisions. They did this using their own AI algorithms. They were growing crops virtually, but had to consider weather forecasts and could not redo the past, creating realistic circumstances.

From February 2022 onwards, the AI algorithms developed by these teams will be running a lettuce cultivation in a real greenhouse compartment. Two cycles of a lettuce crop must then be grown fully autonomously. The first cycle is to test the algorithms and to obtain additional training data. After allowing the teams some time to refine their algorithms, if needed, the second cycle will start in May. The result of this second cycle counts.

Learn more about the Autonomous Greenhous Challenge on the website of Wageningen University or subscribe to our newsletter.

Ridder HortOS: the open platform for the #autonomous greenhouse of the future

Ridder HortOS: the open platform for the #autonomous greenhouse of the future

There’s a lot going on in horticulture in the field of sustainable water management. But...

Can UV treatment be used as a control against ToBRFV?

‘The autonomous greenhouse is not just a concept anymore’

With the increasing global challenges that our sector faces, the need for technological developments to...