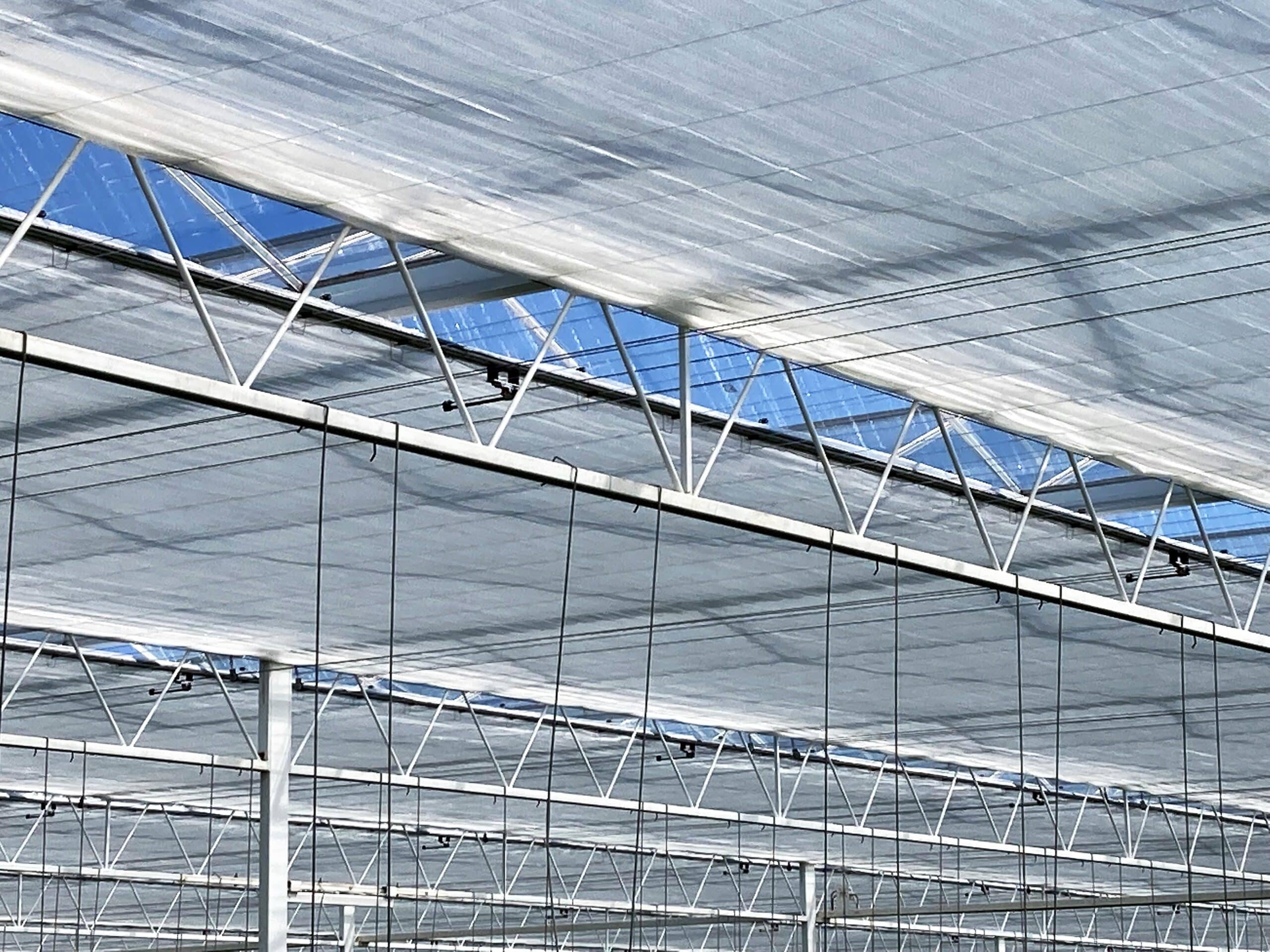 At a time when all options for saving energy in greenhouse horticulture are worth considering, a cavity screen is an interesting possibility. A cavity screen consists of two screens on one system. This system enables the same savings to be achieved as two individual energy-saving screen systems and can also be implemented in existing systems.

What is a cavity screen?
A cavity screen works according to the same principle as double glazing or a cavity wall in a home. Stagnant air is created in the small space between two screens positioned close together. This layer of air has an insulating effect. A distance of 4 centimeters is maintained for the cavity screen. What is special is that the two screens are connected to the same system so that only one shaft is needed to open and close the screen.

The cavity screen can not only be an alternative to a double climate screen, but also an addition to it. Existing systems with a single screen can also be converted into a cavity screen, which offers many growers the opportunity to achieve significant energy savings with only a limited investment. Just like a double-screen system, a cavity screen can reduce energy use by about 15 percent. But it does this with only one screen package in the greenhouse, which also means less loss of light.

Installation
Bell pepper nursery De Bleiswijkse Zoom in Bleiswijk (the Netherlands) has opted to convert their current system. Gerdo Wennekers, operational manager of screen fabric specialist Screen4Seasons explains how this works. “We will be installing a cavity screen for this customer this autumn. We’ll do this by converting the existing screen system of this bell pepper grower, so that two transparent screens can operate on the same system.”

To carry out this alteration, the Screen4Seasons technicians will move the axle and motors down approximately 4 centimeters. This will create the space to drag an extra wire bed for the second screen. “We’ll use two Ridder RES 10 FR screens (Ridder Energy Saving Screens), so for both the lower and the upper screen. This is a transparent energy-saving screen, which has a considerable impact on the climate in the greenhouse.” The extra wire bed ensures that both screens stay within a tight distance from each other.

“In addition to a cavity screen being relatively affordable, it can be a solution for growers who have no room for a second system in their greenhouses or who are already planning a renovation or a system replacement,” says Wennekers. 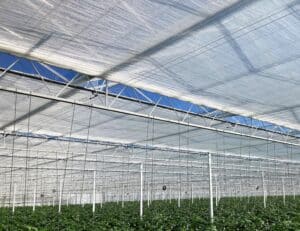 Effect on the greenhouse climate
Extensive measurements in another Dutch greenhouse, where a cavity screen has been installed for some time, show that this system also ensures a uniform temperature in the greenhouse. The insulating effect of the screen means that the heat radiation is limited, which ensures a constant temperature throughout the greenhouse. This uniformity also dampens the effect of the rising RH (relative humidity), so that there is hardly any chance of condensation or the risk of fungal diseases. It also appears that plant transpiration is kept steady thanks to the lower heat radiation in combination with good air extraction, which is also beneficial for crop health.

Combination with a second screen
According to Kwekerij De Bleiswijkse Zoom, a cavity screen is a highly effective way to control the climate in the greenhouse while achieving the highest possible energy savings. By using two energy screens at a limited distance from each other on a single system, the greenhouse can be heated more efficiently at the start of the day. Combining the cavity screen with a second screen system means the greenhouse can also be screened effectively in winter from a ‘light technical’ point of view. This system will be fitted with AC foil this winter. Next year this will be replaced by a RES screen from Ridder.

Would you like to know more about the possibilities of a cavity screen in your greenhouse? Go to ridder.com/cavityscreen and request a meeting with one of our climate screen experts.

Speak with one of our climate screen experts

Speak with one of our climate screen experts

Ridder was presented with the HortiQ certificate by HortiQ Chairman Harm Maters on 20 December....

The thriving greenhouse industry in Southwestern Ontario is accompanied by challenges of changing legislations, water...